Chicago, IL: Museum of Contemporary Art, 1995. First edition. Softcover. 32 pages. Includes numerous color and black and white illustrations of the various artworks that were for sale as a benefit for the Museum. A fine copy in wrappers. Scarce with no copies listed in OCLC or anywhere else. Item #123170 More Paris: Drouot Richelieu, 1990. First edition. Softcover. Auction catalog for a sale that took palce October 29, 1990. Text in French Includes numerous color and some black and white illustrations for a sale that featured 123 lots. A near fine copy in stapled wrappers. Item #171436 More Paris: Ader Picard Tajan, 1984. First edition. Softcover. 141 pages. Auction catalog with text in French. Includes numerous color and black and white illustrations. A near fine copy in wrappers and with the small rubber stamp of author, curator, and one time director of The Art Institute of Chicago Douglas Druick to the front free endpaper in a very good dust jacket with some minor wear and some toning to the top of the rear panel. Uncommon. Item #165801 More 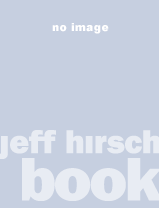 New York: Phillips de Pury & Company, 2008. First edition. Large softcover. Catalog for an aborted auction of previously unseen images by Diane Arbus. Text by Charlie Schleps and with an introduction by Steve Turner. Catalog of 28 images by Arbus with extensive information about each lot. A very near fine copy in wrappers. Item #174931 More

London: Bonhams, 1995. First edition. Softcover. 90 pages. Catalog for an auction that took place on June 22, 1995 in London. Includes work by Hans Coper and Damie Lucie Rie and others. A near fine copy in wrappers. A good reference work. Item #165003 More

Paris: Millon and Associes, 2006. First edition. Hardcover. 471 pages. Text in French. Massive auction catalog that features over 750 works by Brassai and illustrated throughout. An about very good copy with a slight lean to the binding and with creases to the top corner of numerous pages and some pen price notations throughout as well. No dust jacket. A terrific reference. Item #168494 More London: Christie's, 2009. Double-sided auction catalog in french wrappers. February 2009. This is a highlights catalog from 4 different auctions. Some of the artists include: Christopher Wool, Alberto Burri, Eduardo Chillida, Damien Hirst, Claude Monet, Henry Moore, Egon Schiele, Marc Chagall, Joan Miro and several more. Includes the auction results for all 4 auctions. The catalog is in about near fine condition with small crease to all the corners and slight soiling to the white cover. In a good only shipping box with tears and nicks and creases all over. Still a nice copy of this uncommon catalog. Item #132523 More London: Christie's, 2007. First edition. Three auction catalogs. Softcovers. The main catalog is from the Post-War and Contemporary Art sale held June 20, 2007 in London with 101 lots that include works by: Andy Warhol, Frank Auerbach, Lucio Fontana, Yves Klein, Hiroshi Sugimoto, Donald Judd, Peter Doig. The first 18 lots are from the The Cap Collection issued as a separate catalog and include works by: Kara Walker, Christopher Wool, Chris Ofili, Ugo Rondinone, Rosemarie Trockel, Michael Raedecker, Marlene Dumas, Francis Alys, and Damien Hirst. Also a separate catalog for lots 27-47 from the Elaine and Melvin Merians Collection. All three catalogs are in very near fine condition with very minor edge wear housed in a near fine clamshell box that has a little bumping and associated crease to the lower rear corner. Includes the auction results. A beautiful presentation. Item #145093 More